Political Independents and Why They Matter to You

During each election cycle we hear about the elusive independent voters, who are apparently the deciding voters of every election. But what do we actually know about their importance or the best way to reach them?

There has been an argument recently that both parties have been neglecting their swing voters and instead of trying to persuade these swing voters, have focused their efforts on much more involved voters.

Before you can begin to try to persuade independent voters toward your cause, you need to have a little more information about what makes them tick. The first thing that identifies an independent is political autonomy, meaning that they are proud that they don’t think like the rest of the population, and because of that, they are proud not to have the label of “Republican” or “Democrat.”

Finally, independent voters could be classified as being inconsistent. Independents might vote Democrat during one election and then Republican the next.

Even though independent voters are more likely to pride themselves on thinking outside of the box, it is interesting to note that according to a study done in 2012 by the Pew Research Center, independents are less likely to be informed when it comes to what is happening in the world of politics.

Download Full Report: Political Independents: Who They Are and How to Reach Them

With the early states’ ballots already counted and Super Tuesday fast approaching, there’s no question that the 2016 election is in full swing! If you’re tired of sitting on the sidelines and want to get involved, then you won’t want to miss the CPAC 2016 Activism Boot Camp, featuring Voter Gravity!

The boot camp lasts from March 2nd to March 4th, but on Wednesday, learn how to revolutionize your campaign with the leading-edge technology and effective strategies in the Campaign, Data, & Tech Track (Chesapeake 4-6), featuring the following speakers:
END_OF_DOCUMENT_TOKEN_TO_BE_REPLACED

Many thanks to all of our candidates and campaigns. We appreciate the opportunity to work with you, help with voter contact, and win elections! Don’t forget about the importance of long term data collection. Keep your CRM and tools in your account through 2015 (contact us for 25% off!) 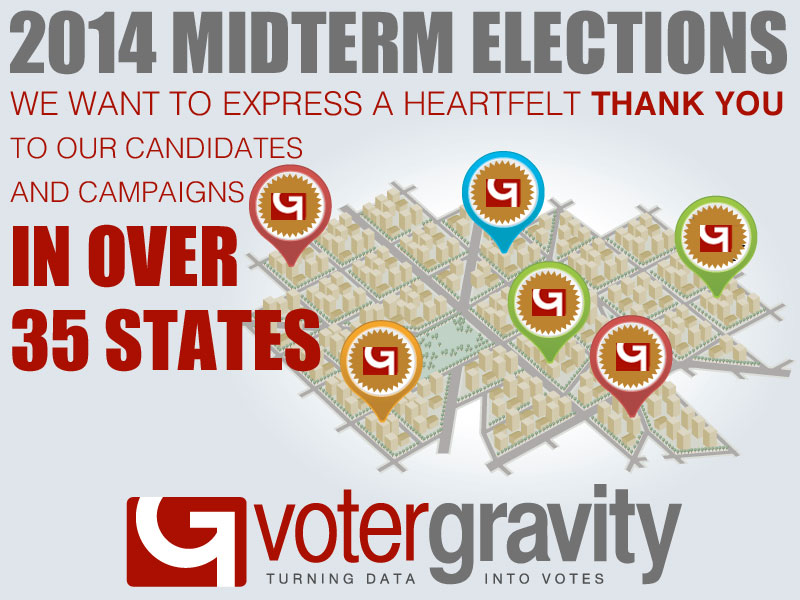 What Your Zip Code Says About You

Voter Gravity is proud to provide demographic & lifestyle data from Esri. Voter Gravity has integrated Esri Tapestry Segmentation into our Esri base maps. Esri Tapestry Segmentation combines of all the possible demographics you may encounter — whether you live in an Urban city or a rural area. They break six main categories into 65 different segments.

END_OF_DOCUMENT_TOKEN_TO_BE_REPLACED

Today, we’re excited to announce a new way to connect with voters: Facebook. 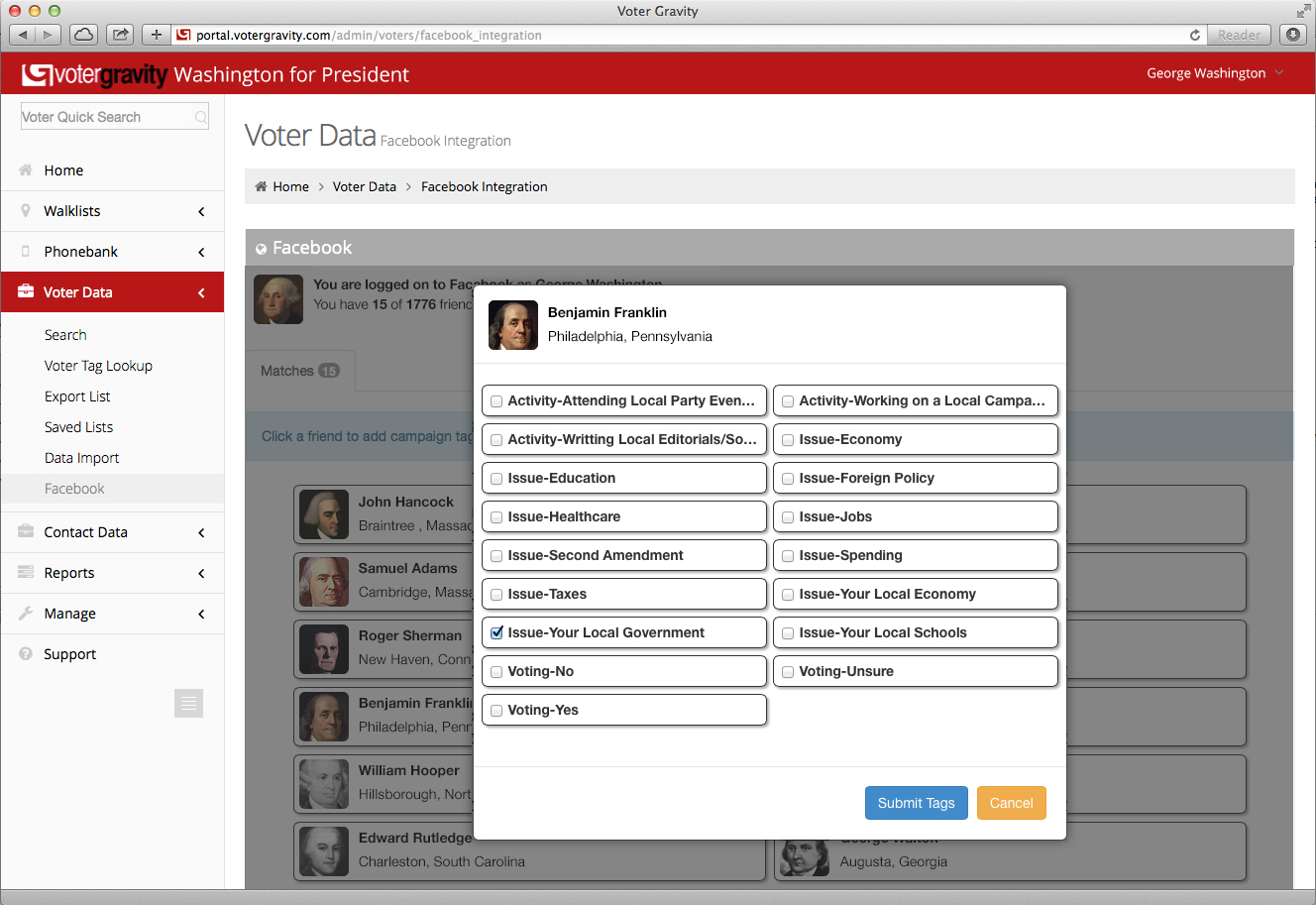 If you are using Voter Gravity at any level, from candidate to volunteer, you can now connect to your personal Facebook account and see which of your friends are registered voters in the district.After Voter Gravity scans and matches your Facebook friends, if you know a friend is passionate about a specific issue, or supports a certain candidate, you can tag them right there within Voter Gravity.

It’s another way that you can leverage our battle-tested platform to connect with more voters, build better relationships, and win more elections.

If you’re a current user, the Facebook portal is available right now.

Haven’t seen Voter Gravity lately? Might be time to take it for a spin.

Lots of new changes to Voter Gravity this summer. Check out the new integration with Esri maps and the ability to select up to 25 walk lists in this new video hosted by our CEO, Ned Ryun.

TechPresident is one of the leading online publications that covers politics and technology, so we were excited to see them profile Voter Gravity recently:

“Republican-leaning technology entrepreneurs are working hard to fill the tech gap for their party. END_OF_DOCUMENT_TOKEN_TO_BE_REPLACED